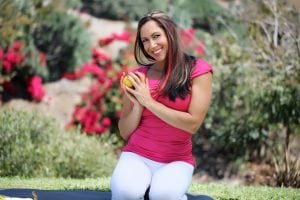 FDN-Practitioner, Courage Coach and Transformational Leader with an emphasis on women's hormones, detoxification and holistic beauty.

We can’t fight the inevitable. We’re getting older and our skin isn’t as fresh, dewy and firm like it used to be. We’ve tried all the tricks and tools on the market, most of them loaded with chemicals and toxins that are being absorbed into our bloodstream. When those don’t work we become desperate because god forbid we actually love our lines!

Oh my god, is that a wrinkle? Holy sh*t I have crows feet! Frown lines? Oh health no! Seriously, Sophia from the Golden Girls looks better than I do. Somebody help me! 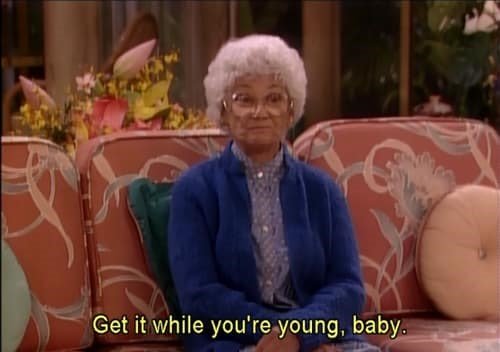 Depending on your skin tone, some of us suffer from aging more than others. Remember when someone would look at you and say “you don’t look a day over 28”? Ah, those were the days.

So, after much experimentation with a million different products, we start to seek other methods of intervention. We inquire about botox. We’ve heard about it. Maybe a friend has done it. Maybe we’ve done it ourselves. Maybe we’ve seen our favorite actress on TV that’s way too old to look that good and think “Botox! That’s the only way her face looks wrinkle-free.”

So, we go to the Doctor and consider taking the plunge or maybe you already have.

Well, I think there’s something you need to know…

Are you ready for it? Are you sitting down?

Now that we’ve got that out in the open, I need to share a bit more about the history of botox so that you can fully understand it’s toxic nature. Derived from the Botulinum toxin, a neurotoxin that blocks neuromuscular transmission, botox is an FDA approved injected substance to treat wrinkles, fine lines, and most recently migraines.

Botox is injected just under the skin and wrinkles will be almost instantaneously reduced by paralyzing the facial muscles of the skin. The effects of how long Botox will last vary depending on the quality of the botox preparation, the amount injected and the skill of the physician.

The average cosmetic Botox treatment will last about 4 months but can last up to six months. A lot depends on the thickness of the wrinkles, how thick the muscle underneath the skin is, the freshness of the Botox preparation and the skill of the injector. 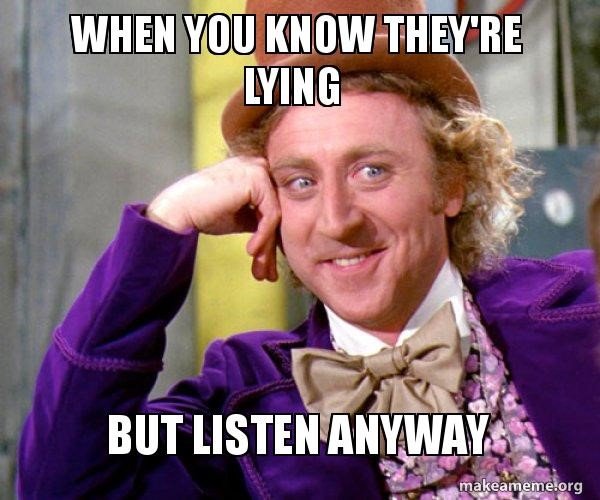 It is the most commonly requested and performed cosmetic treatment and since everyone else is doing it, it’s safe and you have nothing to worry about because although it’s the most toxic substance known to humans, it doesn’t leave the injection site to travel throughout the body and cause damage right? Well, that’s what THEY’RE telling you but we’ve got a different story.

Just How Toxic Can It Be?

Believe it or not, Botulinum Toxin has been developed and used as a biological weapon. The following are examples:

Contrary to what you’ve been told, Botox CAN spread from the injection site. How do we know? In 2009, the FDA put out a warning that “all botulinum toxin products may spread from the area of injection to produce symptoms consistent with botulinum toxin effects. These may include asthenia, generalized muscle weakness, diplopia, ptosis, dysphasia, dysphonia, dysarthria, urinary incontinence, and breathing difficulties.”

The following symptoms can develop within 24 to 72 hours and linger for up to 5 years. They can also cause permanent damage.

Based upon a study published by Researcher Anna H Hristova in 2016, an adverse reaction to the toxin therapy was found which they named: Impaired Neuronal Communication Syndrome (INCS). 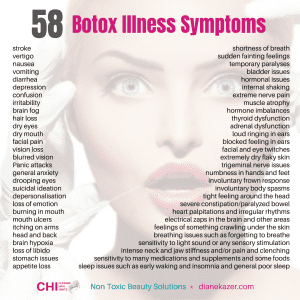 “We dene INCS as a disease of toxin-induced impairment of neuronal connection and impaired mediators balance in the central, peripheral and/or autonomic nervous system with, most of the time, no identifiable anatomical cell damage.”

The study includes the consultation of 16 patients over 4 years. All patients experienced multiple symptoms from each group with anywhere from 12 to 25 total number of symptoms per patient. All patients had clinical effects from their injections. The demographics of the study are mostly female due to the cosmetic use of the toxin in the majority of the presented cases. In addition, most of the patients were injected with onabotulinumtoxinA, likely because the drug has the longest presence on the market.

One-third of the patients have an increased rate of infections, most common are upper respiratory tract infections, pneumonia, urinary tract infections, and sinusitis.
In a recent study, 75% of the autoimmune syndrome patients who have also had botox have some autoimmune marker or clinical symptom suggestive of immune activation at some time during the course of their disease.
Clinical and bioinformatics data suggest a possible pathogenetic link between Btx and autoimmune thyroid diseases. Considering the wide and increasing medical and dermocosmetic use of Btx, and the frequently subclinical course of autoimmune thyroid diseases, we think that thyroid “complications” may pass frequently undetected in Btx-treated persons.
Sensitivity to food and medications: this peculiar symptom is present in 62.5% of the patients. Sensitivity is especially pronounced to serotonin uptake inhibitors, coffee, sugar, and alcohol which almost uniformly worsen the symptoms of the patients.
44% of the patients develop a reaction after their first-time injection. From those who had more than one injection, 50% had an adverse event to prior injections, which remained unrecognized and lead to devastating effects with the next injections.

Maybe you’ve seen this before in a friend or in yourself. We know so many women who have suffered from Botox toxicity and we’re eager to share their stories.

In CHI Podcast episode 14, Genee, a warrior woman whose personal struggle with botox is one we NEED to hear. It’s a warning about botox, a lethal substance that destroyed her. This truth cannot be ignored. But why take our word for it when you could hear Genee’s story first hand?

You CAN Handle The Truth

Look, we’re not here to scare you. We’re here to give you a heads up, to allow you to have all the information necessary before you make your decisions or before you try to treat your illness with more toxins. What makes us qualified? We’ve been there. We’ve done it. We’ve had some of these symptoms ourselves. We’ve suffered. What we’re trying to do is prevent your suffering or help you understand that we feel you, we understand, we’ve been in your shoes. No matter why you’re here, we’re offering love and support and we want you to help you stay toxin-free.

You might be asking…what about those of us suffering right here, right now? Don’t despair. If you or someone you love might be suffering from botox toxicity, here’s my main advice.  Be mindful about deep dive detox immediately after your injection, or having a massage, because it can cause the toxins to spread more. It’s unknown if Botox ever leaves the body, and is said to take years to clear completely, so keep in mind, this is something we are still researching.  I created a little

*This is for educational purposes and not to be taken as medical advice. I created a category for you in my online practitioner supplement store, that you can view HERE. Just create a quick account, and when you’re in, click on ‘Botox Detox’ under Favorites & Categories. A question I get a lot is ‘What do I do instead of Botox’? My first answer is: Try on love for size.  Self love. Love yourself and respect your body as it ages, as a token of wisdom. What if we embodied aging gracefully and to love your lines? #lovemylines  So let’s be real: “A study from the American Academy of Dermatology found a firm, soft and vibrant face is one of the most important things a woman needs to feel happy.” And ok I get it, we’ve been culturally conditioned to proactively age so let me give you a few solutions here for starters. We’ll have another episode where we’ll talk about that in greater detail but for now, I didn’t want to leave you hanging. 😉  I would never recommend anything to you I haven’t tried myself, am in love with and actually WORKs. Here are a few favorites you can look into. Let me know what you think, I would love to hear from you!

Alternatives (in order of my Favorites) 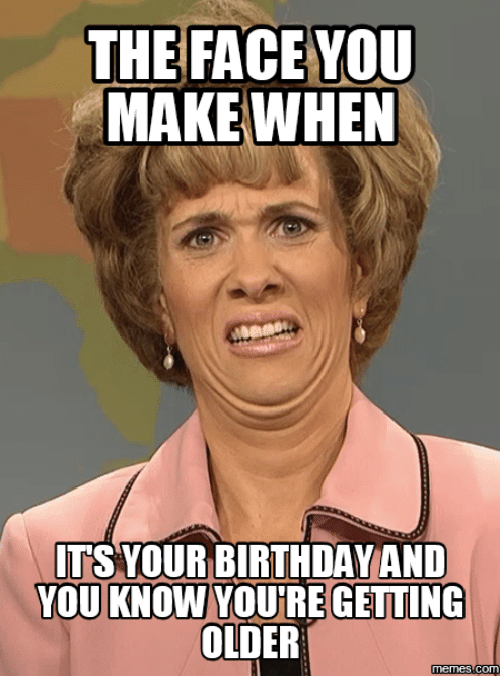 In the end, we all just want to look fresher, younger and healthier. We believe you could do it without toxins, without the help of the most toxic substance known to humans.

So, rather than make THAT face, why not let us help you? If you are looking to expedite your healing journey, we’re here for you. If you have questions, please post them below in the comments section, I also love it when you share my blogs with others on social media or you can always ASK ME anything you would like for me to cover in future podcasts or articles, because truly I am here for you, and we are in this together!

Love, light and liberation and may the CHI be with you!

Watch our MasterClass & Get to the Root of Hormone, Auto-Immune and Digestive Chaos HERE  😉 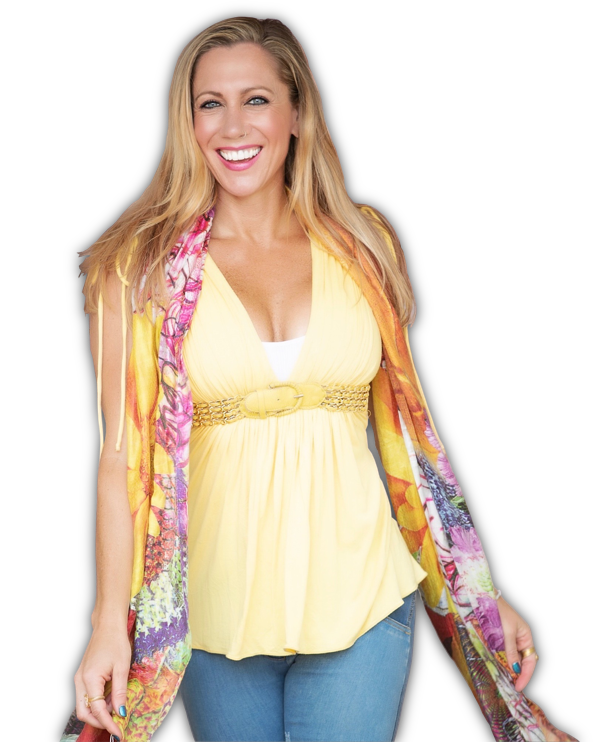 Exclusively for warrior women who are ready to RISE UP & thrive.

Discover How To Decode Your Symptoms & Get to The Root Cause Of Hormone Imbalances, Auto-Immune Conditions & Symptom Chaos, for good.

Yes Diane, I Want Answers!
You get FREE immediate access